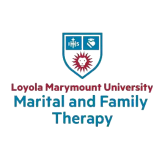 The Imagery of Art Therapists Impacted by Cancer

This section of the exhibition presents artwork made by art therapists. It represents the lived experiences of clinicians who connect to the sustaining power of art to explore their own relationship to cancer.

The Imagery of Art Therapists Impacted by Cancer

As an Associate Marriage and Family Therapist and Art Therapist, I chose to involve myself in places of work that I have personal attachments. Growing up as a child with epilepsy, I had multiple hospital visits and overnight stays. At the time, it frightened me, but It was nothing compared to what children with cancer have to endure. Having now worked with a number of children, who were often isolated in the hospital for months, immunocomprimised, and because of this, unable to see the strangers faces that attended them, underneath the surgical mask. However, they remained resilient even though they suffered with itching of their skin and were unable to keep food down. One of the few ways they were able to find solace was through their art. They forgot the enormous irritability within their bodies and through art they began to find ways to communicate their emotions in a safe way, as words were too dangerous and too difficult to share in order to survive their hospital stay. It was also difficult to share their emotions and their words in front of their loved ones as the children were protecting their family members as much as they were themselves. The children required a space to creatively espouse their experiences and emotions, in order to deal with the alien doctor jargon and cold clinical environment that can make this new world very lonely, frustrating and scary.

The art was also a way to give them back a part of their childhood, to reach some of their developmental milestones that they were missing out on due to their
exhausting fight to live. Art is a fantastic way to explore and develop curiosity within one’s own experience. I wish I had at the time, an Art Therapy program within my hospital stays, as no matter what the age, we all need an outlet to express ourselves.

This piece was created in self-reflection at New Year several years ago. I have been an art therapist with pediatric cancer patients and their families for many years. We had lost several patients I had worked with over their long cancer journey . They had gone through so much but lost the battle. This collage reflects my mixed emotions. I was frustrated and saddened that despite all efforts healthcare still didn't have the treatments that could save these patients lives. These feelings were balanced with memories of shared creative, expressive, caring connections and hope.

In reflection the lesson learned through these shared experienced is Live Your Best LIfe.

Insight Into the Journey, 2019

I found my life's work 42 years ago when I entered the field of Art Therapy. Throughout these years I have seen the power of the Art Therapy process to support expression, growth and healing. For the past 20 years I have been building the Art Therapy program at Seattle Children's Hospital. This has included many years of work on the Seattle Cancer Care Alliance in-patient pediatric unit. While supporting patients and families through their challenging cancer treatment, I have witnessed all extremes of the human experience. I have seen extreme challenges and pain along with unimaginable resilience. Sharing a relationship during these times of trauma, loss and change effects all involved. This piece was created in a workshop related to vicarious trauma. It is a mixed media process piece that portrays human strength and frailty during the repeating succession of appointments and hospitalizations in the battle with cancer. Cancer changes every life it touches.